At PE Cube, we aim at offering more than a Private Equity software to our customers: we want to support you in every aspect of your daily activities.
In that sense, we share with you a Glossary on Private Equity terms.
You will find below all the relevant terms of the Private Equity industry, with their definitions, as provided by trusted sources (sources: Gips®, European Parliament, ESMA, ILPA, Invest Europe, Investopedia, and IPEV). 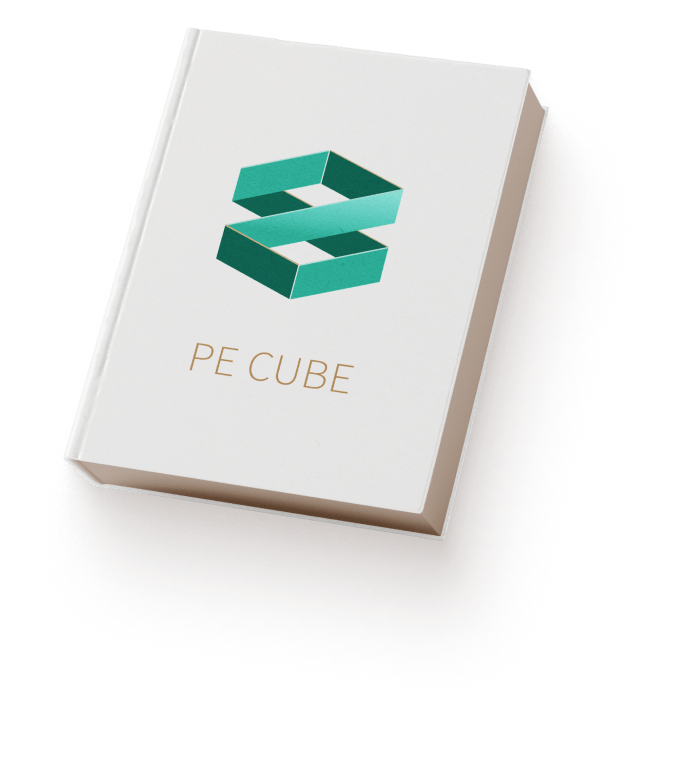 Back to the top

There are currently 11 names in this directory beginning with the letter H.
H
Harvest
Reaping the benefits of investment in a privately held company by selling the company for cash or stock in a publicly held company, also known as an "exit strategy".

Source: ILPA
Hedge fund
As the name implies, hedge funds were initially designed with the aim of hedging (protecting against) some of the risks inherent in their investments using a variety of methods, including short selling (see below) and derivatives. However, the term "hedge fund" has also come to be applied to funds that do not, in fact, hedge their investments, but which may use “hedging” techniques and a wide range of other investment methods with the aim of increasing the return on their investment. Hedge funds also tend to differ from traditional investment funds in that a performance fee of perhaps 20 per cent of the increase in a fund’s value, if any, is paid to the fund manager. In most jurisdictions hedge funds are not open to general retail investors, but only to a limited range of professional investors or wealthy individuals who meet certain criteria set by regulators. Hedge funds, meanwhile, have until now been exempt from many regulations that govern ordinary investment funds, such as those restricting short selling, the use of derivatives and leverage (see below), and fee structures. The legislation now before the European Parliament aims to bring hedge funds within a more structured regulatory framework.

Source: europarl
Hedging
In finance, a hedge is undertaken to reduce risk by taking a position in one market in an attempt to offset exposure to price fluctuations in another market. There are many specific financial instruments to accomplish this, the most well known being 'futures contracts' for hedging the values of energy, precious metals, foreign currency, agricultural products and interest rate fluctuations. In these cases a company signs a contract for its future purchase of an essential product at a given price which means its costs for those products are predictable, enabling better planning. For more on this, see the definition of 'derivatives' below. Hedge funds use similar strategies to increase the predictability of their returns and protect themselves from shocks in one of their areas of activity, at a specific moment in time.

Source: europarl
High watermark
The return or value that a pooled fund or segregated account must exceed for the firm to be entitled to earn a performance-based fee.

Source: GIPS
Hockey Stick Projections
The general shape and form of a chart showing revenue, customers, cash, or some other financial or operational measure that increases dramatically at some point in the future. Entrepreneurs often develop business plans with hockey stick charts to impress potential investors.

Source: ILPA
Holding Company
Corporation that owns the securities of another, in most cases with voting control.

Source: ILPA
Holding Period
ILPA: The amount of time an investor has held an investment. The period begins on the date of purchase and ends on the date of sale, and determines whether a gain or loss is considered short-term or long-term, for capital gains tax purposes.

Invest EUROPE: The length of time an investment remains in a fund.

Source: ILPA, Invest EUROPE
Hot Issue
A newly issued stock that is in great public demand. Technically, it is when the secondary market price on the effective date is above the new issue offering price. Hot issues usually experience a dramatic rise in price at their initial public offering because the market demand outweighs the supply.

Source: ILPA
Hurdle
Use in its commonly accepted sense of a hurdle return, i.e., the lowest possible return which a particular investor will accept. However, also used specifically to describe a return which a GP has to at least equal before any carry is calculated or payable. This mechanism is commonly found in buyout and development capital funds, but rarely in venture funds.

Source: ILPA
Hurdle Rate
ILPA: The internal rate of return that a fund must achieve before its general partners or managers may receive an increased interest in the proceeds of the fund. Often, if the expected rate of return on an investment is below the hurdle rate, the project is not undertaken.

GIPS: Minimum rate of return that a pooled fund or segregated account must exceed in order for the investment manager to be able to accrue a performance-based fee.

Tell us a little bit about you and your organization and we will get in touch.
BOOK DEMO

Based in Paris, created by a private equity fund manager, it relies on 20 years of field expertise.

Based in Paris, created by a private equity fund manager, it relies on 20 years of field expertise.

We use cookies on our website to give you the most relevant experience by remembering your preferences and repeat visits. By clicking “Accept”, you consent to the use of ALL the cookies.
Cookie settingsACCEPTREJECT
Manage consent

This website uses cookies to improve your experience while you navigate through the website. Out of these, the cookies that are categorized as necessary are stored on your browser as they are essential for the working of basic functionalities of the website. We also use third-party cookies that help us analyze and understand how you use this website. These cookies will be stored in your browser only with your consent. You also have the option to opt-out of these cookies. But opting out of some of these cookies may affect your browsing experience.
Necessary Always Enabled
Necessary cookies are absolutely essential for the website to function properly. These cookies ensure basic functionalities and security features of the website, anonymously.
Functional
Functional cookies help to perform certain functionalities like sharing the content of the website on social media platforms, collect feedbacks, and other third-party features.
Performance
Performance cookies are used to understand and analyze the key performance indexes of the website which helps in delivering a better user experience for the visitors.
Analytics
Analytical cookies are used to understand how visitors interact with the website. These cookies help provide information on metrics the number of visitors, bounce rate, traffic source, etc.
Advertisement
Advertisement cookies are used to provide visitors with relevant ads and marketing campaigns. These cookies track visitors across websites and collect information to provide customized ads.
Others
Other uncategorized cookies are those that are being analyzed and have not been classified into a category as yet.
SAVE & ACCEPT

Contact us through email, connect with us through LinkedIn or visit us in Paris.

Contact us through email, connect with us through LinkedIn or visit us in Paris.